I’m going to Kansas City. Kansas City here I come! I bet you’re singing it now, too, aren’t you? 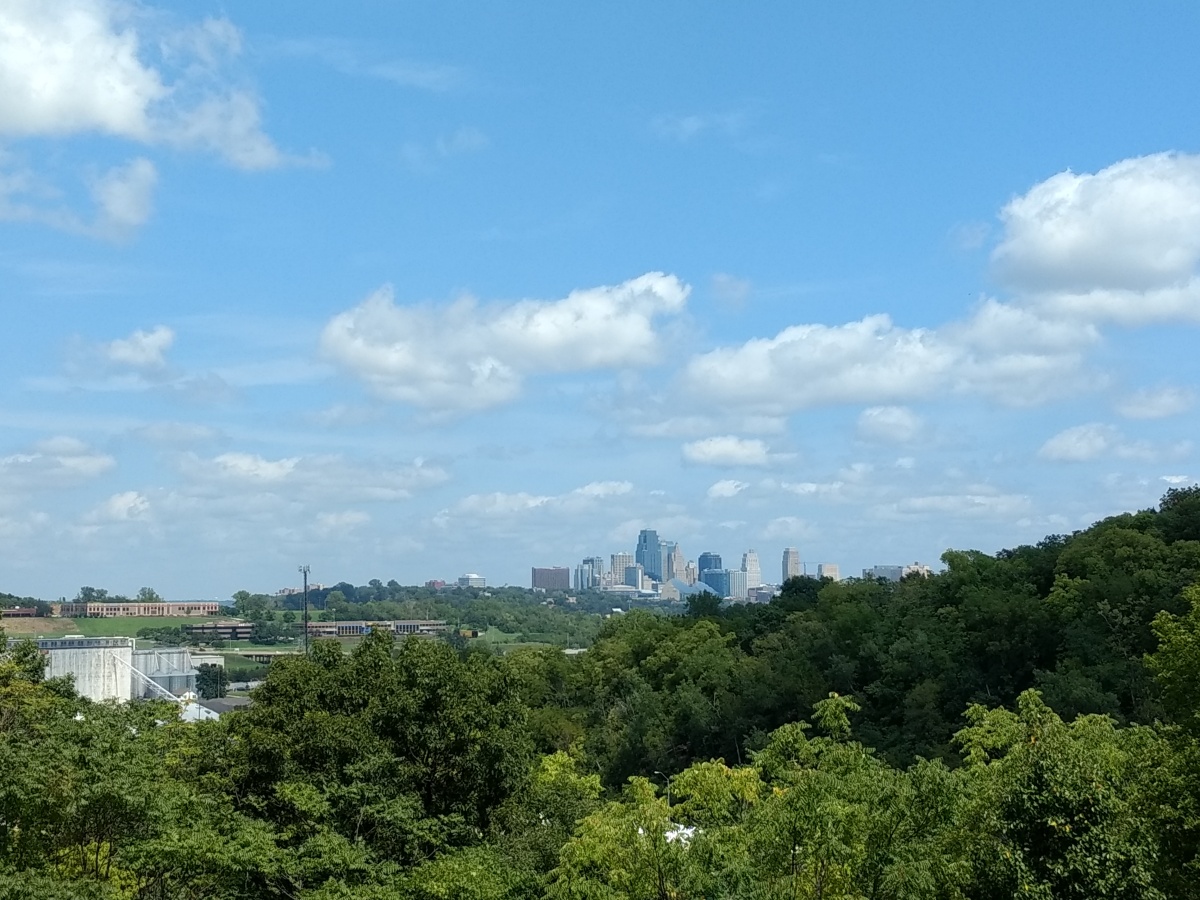 There’s a song about Kansas City and I haven’t been able to get the Fats Domino classic out of my head since I boarded my flight last Saturday.  I’m going to Kansas City. Kansas City, here I come! I bet you’re singing it now, too, aren’t you?

I flew into KC on a Saturday so I could spend a little time with my cousin and do some fun stuff before heading up to St. Joseph on Monday for the eclipse and before getting down to work on Tuesday.  (Read about my trip to St. Joe).  The weekend was hot and humid.  It can be this way in KC.  I am a Midwesterner by birth, but after you live for years in the West away from the humidity, you can somehow never return…

Thankful I’d packed some capri pants and a tank top, my cousin and a couple of friends and I headed out to “the K” to watch the Kansas City Royals. (The Royals play baseball for you sports averse people).  Even though they’re having a rough season (my aunt described it by simply plugging her nose), I enjoy a ball game.  Our seats, thank God, were in the shade because Sunday was a scorcher.

The ballpark is a really fun one to visit and they’ve done some work on the grounds since my last visit.  The game was entertaining and the Royals pulled out a win! Oh, and by the way, the on-site Hall of Fame museum is really interesting AND air-conditioned.

Kansas City is known for a few things.  It’s the City of Fountains. It’s a barbecue city – complete with a Barbecue Society.  It’s a sports city.  But what I like best about Kansas City is its old buildings. Kansas City is a modern, functioning city, of course, but it is a city that has found a way to repurpose its old buildings.  And I love that.  You can keep your modern, reflective glass skyscrapers.  Give me a chunk of stone with embellishments any day.

I got the opportunity to stay in two hotels downtown that are in repurposed buildings.  The Hotel Phillips has always been a hotel, but is now owned and operated by….you guessed it, Hilton Hotels.  Right on the corner of 12th and Wyandotte, the hotel is in a prime location for checking out the city.  I find Kansas City to be a very friendly city and I rarely feel uneasy here, but it is a big city, so just keep your wits about you as you stroll around.  This hotel has a very

boutique feel and I can safely put this one into my top ten favorites.

The Hampton Inn (another Hilton property) is in the former Gumbel Building in the Financial District. The Gumbel Building was opened as an office building in 1904.  It was the first commercial building constructed of reinforced concrete. You can check the building out at 8th and Walnut.

The Financial District has several impressive building specimens.  I think there is something so lovely about these old buildings.  Most of them were constructed in the early 1900s and are decorated with crests, friezes, and flourishes that leave modern office buildings feeling cold and stale. I have a friend that tells me all the time that I was born in the wrong era and I suppose that could be true.  There’s something about these elegant, old buildings.  Take a look at the Scarritt Building if you’re having trouble imagining a day when people took time to put on something better than yoga pants and a ball cap. 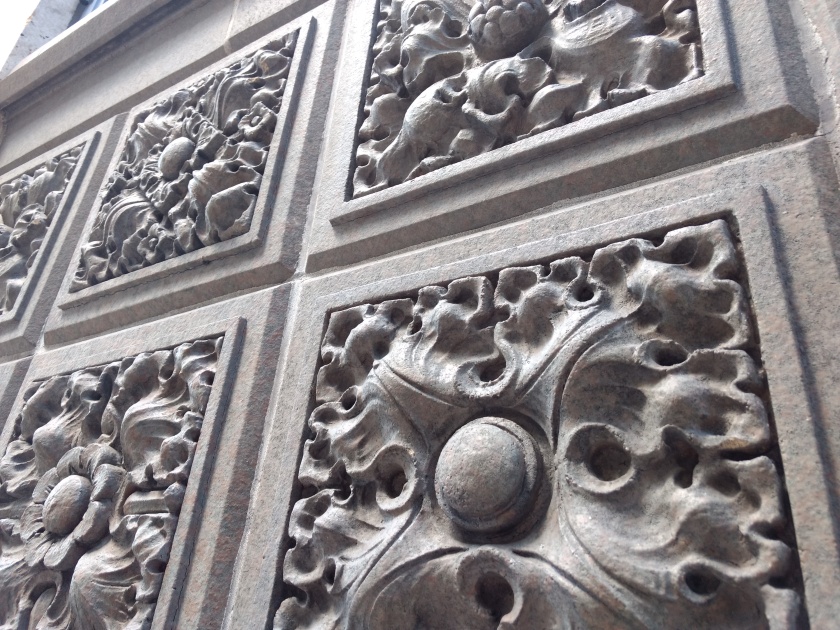 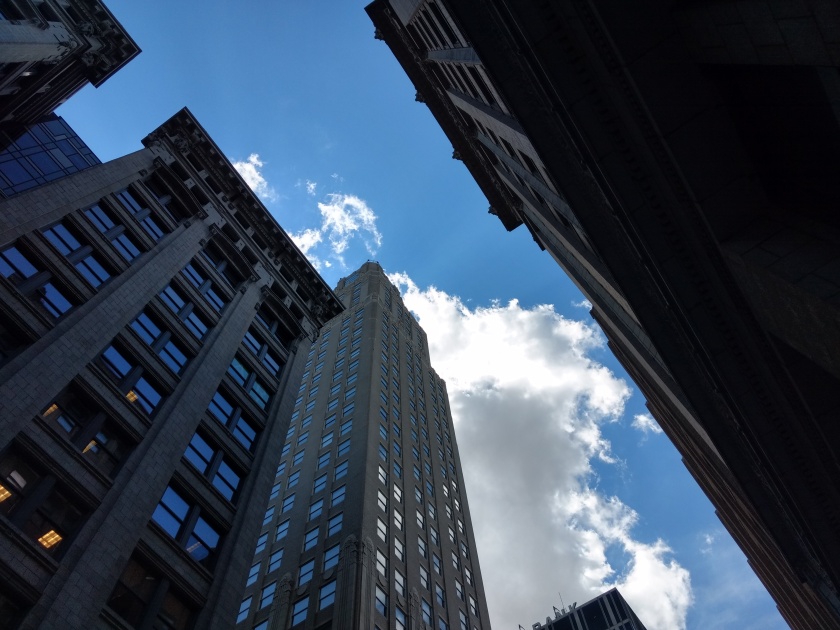 There are a few other places where there are some buildings that simply beg to be gawked at.  If you like to wander neighborhoods where you can imagine life in a house you could never afford in this lifetime, drive over to the Hyde Park neighborhood, park your car, and walk around. Not far from these homes is the gorgeous Our Lady of Perpetual Help Redemptorist Church. This is a stunning Catholic Church and it’s worth a trip inside to take a look even if you’re not Catholic.  (I wasn’t raised Catholic but might be Catholic by osmosis after living so many years in a largely Catholic state…) 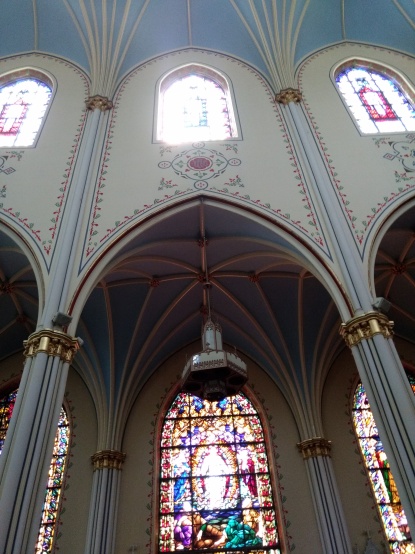 The greater KC area is a large metropolitan area and you can stumble upon hidden little monuments and parks. Today I saw a sign for the Rosedale Memorial Arch, so I pulled off the Interstate to take a look.  I had no idea what the memorial arch was commemorating (turns out it’s a monument to the men of the Rosedale neighborhood who served in WWI).  In addition to the monument itself, you can get an incredible view of the Kansas City skyline here.

I hope you’ll get to Kansas City to wander around and check out the incredible buildings, maybe catch a game, and fill your gut with some barbecue. (And check out some of the other great things to do in the metro area: https://www.visitkc.com/visitors/things-do)

Heather Pillman is a frequent traveler and a sometimes freelance writer, who wanted a forum to write about her travels and humorous misadventures. After encouragement from friends, she took the leap and started a blog about her travels. An avid hiker, nature lover and photographer, Heather is always looking for her next travel adventure. She believes fantastic travel is happening everywhere and loves to explore the sites in her own backyard and abroad. View all posts by missheatherlynnp