You all know how I like to tell you about all the quirky places in the state of New Mexico?  Well, about the quirkiest place you can find is perhaps the city of Roswell.

Due to no fault of its own, really, Roswell’s claim to fame is space aliens. Yep, you heard that right.  In July of 1947, The Roswell Incident took place.  An Unidentified Flying Object, a UFO, crashed at a ranch outside of Roswell, NM (quite a ways from Roswell, actually). Or so the story goes.

Once officials were notified, the military swooped in from Walker Air Base (the Air Force base was decommissioned in 1967), gathered up all of the evidence and the alien bodies, threatened folks to keep their mouths shut, issued a cover-up story about a weather balloon and….

Well, the mystery and stories about what really happened in Roswell have persevered. And, the city of Roswell itself has firmly grabbed hold of their alien connection and you can see it all over town. It’s a pretty spectacular example of taking the odd tidbit you’re known for and running with it. 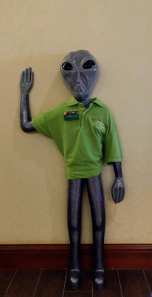 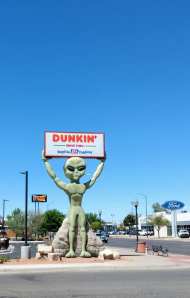 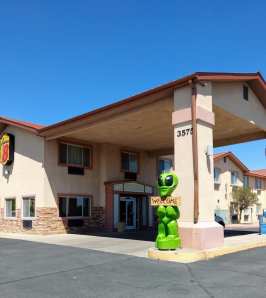 Roswell is home to approximately 50,000 people, making it the fifth largest city in New Mexico.  And the city itself has a pretty rich history. It is the county seat of Chaves County and if you’re interested in aviation or rockets, Roswell has a lot of interesting people in its past, including Charles Lindbergh, Robert Goddard and more recently, Felix Baumgartner.  New Mexico Military Institute is in Roswell and there are lovely museums and restaurants and plenty of places to stay, but I’m here to talk about the aliens.

If you find yourself in Roswell, fuel up at Big D’s Downtown Dive and then throw yourself right into alien culture.  Aliens are literally all over the streets of this town and they will provide you with lots of fun photo taking opportunities. 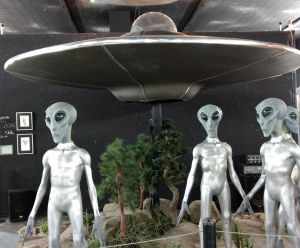 There’s perhaps no better place to start than the International UFO Museum and Research Center. Right on Main Street, the museum will provide you with a timeline of all of the action  along with UFO art, stories from abductees, and some life sized alien replicas.

This was the first time that I popped into the Research Center portion of the building. Let me just say: If you want to read all things about aliens, UFOs, and etc., this is your place. 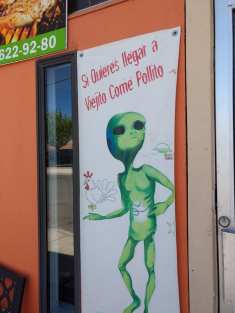 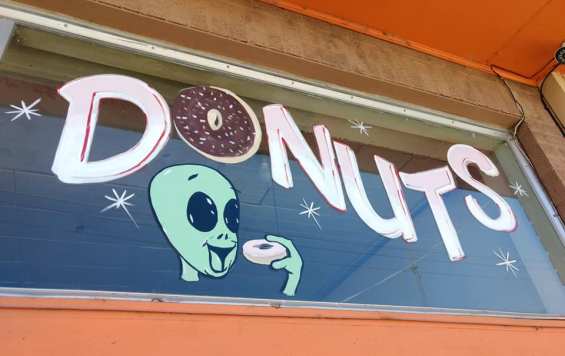 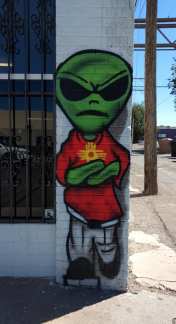 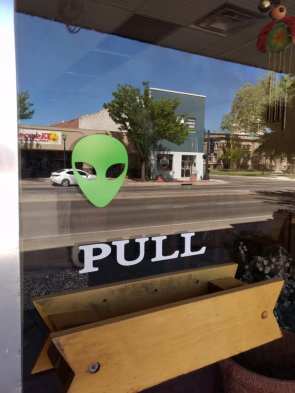 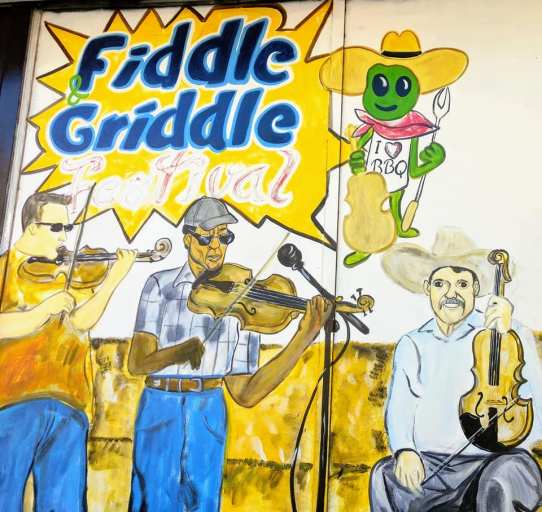 Want to up your alien experience to the next level?  The City of Roswell hosts a UFO Festival every year in July.

Maybe I’ll see you there.